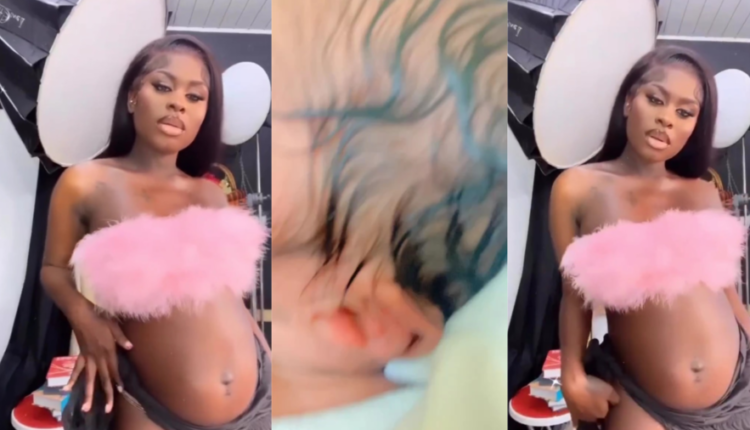 Ghanaian actress and singer , Yaa Jackson is now a mother as she has given birth to a baby she calls her best friend.

The controversial and care-free entertainment personality took to social media to make her childbirth known and has referred to her baby as her best friend and her everything.

She has further thanked her baby for making her mother and also expressed how blessed and grateful she is for having the baby.

Interestingly not much seem to be known about the father of the baby .

However, many entertainment personalities as well as fans of Yaa Jackson have taken to social media to congratulate her for becoming a mother .

Yaa Jackson has also posted a short video of the baby on social media.