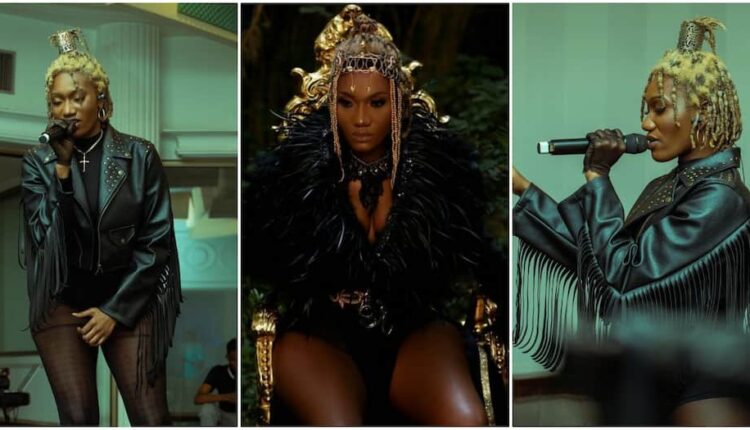 It’s a normal thing for any one in love to get a broken heart but it obviously clear that Ghanaian female musician , Wendy Shay is not taking her broken heart lightly at all as she has taken to music to voice out her anger and fraustration at how her sweetheart was snatched away from her .

The award-winning musician is out with a new tune titled ‘Warning’ and listening carefully to the song, it is pretty clear that Wendy Shay is sending out a warning to her friend who is now enjoying herself in the arms of her former lover.

She has taken to social media to indicate that the song is very personal and she further explains that due to the fact that she was so busy doing her music, her best friend saw that as a good opportunity to chase her man .

Wendy Shay who sounded obviously hurt stated that her friend is now in love with her man and they are now together , adding that its hard for hardworking women to get genuine love.

It’s hard for Hardworking women to get genuine love. Whiles I was on the road chasing my Passion my so called bestfriend was also chasing my man and now they are together So ShayGang excuse me for my language, this song is very personal.

The tone of the song and her lyrics is just like that of a diss song but obviously unknown is the one Wendy Shay’s shots are directed at.

No one actually knows who the sweetheart of Wendy Shay is . However, keep glued to this platform as we seek to find out the lady who has given Wendy Shay a broken heart and most importantly the young man who used to warm Wendy Shay’s bed.

Even though the song has not been out for long , it is doing so well . It has already recorded close to 30K views on Twitter.