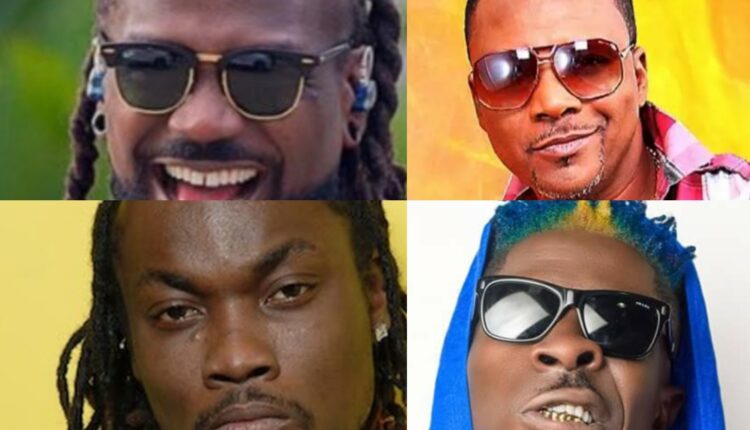 Ghanaian musician and dancer , Slim Busterr has gone all out to express himself with respect to the fake love and hypocrisy perpetrated by some artistes in the Ghanaian music industry towards others.

According to Slim Busterr, he finds it very absurd to have seen the likes of Samini , Shatta Wale and Reggie Rockstone saying nice things about the Late Sonni Balli at a time he is no more .

The anger of Slim Busterr stems from the fact that the Late Sonni Balli got the word of Samini , Shatta Wale,Reggie Rockstone and some other artistes that he would be helped when he comes down to Ghana to relaunch his music career but unfortunately, they all turned their back to me .

He noted that the likes of Samini , Shatta Wale and Reggie Rockstone  did not help the Late Sonni Balli and he ended losing all the money he had on him to do music in Ghana.

In a video on social media, Slim Busterr who looked obviously angry , indicated that if care is not taken , he would use some unprintable words at the artistes who failed to help the late Sonni Balli with his music career when he was alive even though they had promised to help .

It must be noted that in the late 1990s towards the early 2000s, Sonni Balli was a household name in the music industry and was noted for his peculiar delivery so far as Reggae Dancehall or Ragga was concerned. Samini took to the style of Sonni Balli after he had left Ghana for the United States of America when he was then a member of the Hiplife duo known as G Life.

Video : I Would Prefer Kissing A Goat Than To Kiss Afia Schwarznegger – Ghanaian Actor