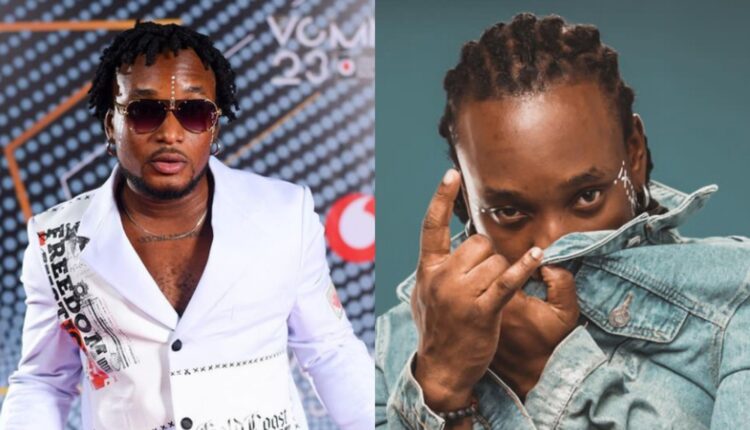 Its an undeniable fact that Reggae Dancehall artiste ,Epixode is very talented and he has proved that several times.

Over the years, Epixode has been able to feed his fans and music lovers with great songs but this time around, he has taken his music career a notch higher than what he is noted for; Reggae Dancehall.

He has switched from the regular Reggae Dancehall genre he has been doing and has released a typical Highlife tune.

The song is so infectious and pleasant to the ears and it is set to be the favorite song of many music lovers and it would definitely be on the playlist of many DJs and radio presenters all over the country.

The new highlife song from Epixode is titled ‘Atia’ and it features Highlife superstar, Kwabena Kwabena and without any doubt , the song will do so well on the music scene and most importantly , get nominated in many award schemes and eventually win Epixode some awards and shows.

Epixode recalls how fun it was meeting Kwabena Kwabena and telling him about his intention of having his rendition of ‘Atia’. He believes the song is very beautiful and most importantly , he appreciates Kwabena Kwabena’s verse on the song .

The song was only premiered on youtube on July 1,2022 but it already has over 33,000 views which is a great feat. ‘Atia’ was produced by @gomezbeatx and its just pleasant to note that this song is set to usher Epixode into the next big phase of his music career.

Inflation Rate In Ghana Announced By Bank Of Ghana In Dispute

Video : Slim Busterr Calls Out Shatta Wale , Samini And Reggie Rockstone Over The…

Video : I Would Prefer Kissing A Goat Than To Kiss Afia Schwarznegger –…