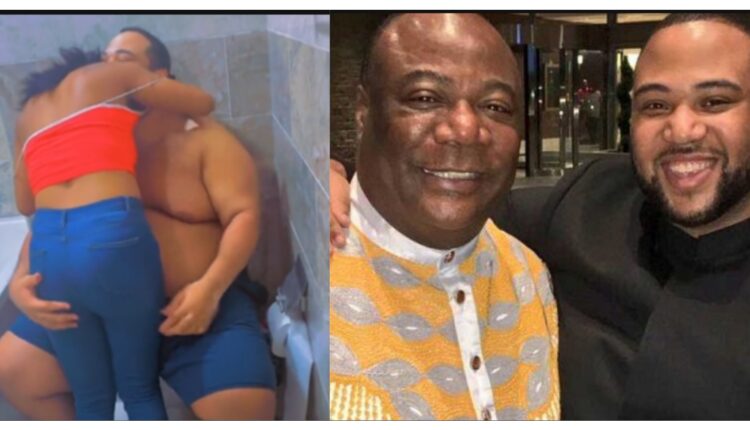 The General Overseer of the Christian Action Faith Ministries , Rev, Nicholas Duncan-Williams is certainly not a happy man as his son , Daniel Duncan-Williams , is always on social media engaging in negative things he preaches against.

To tag him as a disgrace to the Duncan -Williams family wouldn’t be far from wrong .Its most certain that Daniel Duncan-Williams may have been advised several times to turn away from the kind of lifestyle he is livings but to no avail .

He seems unperturbed about the pedigree of his dear dad and his influence and respect all over the world and has decided to live a life of his own which is unfortunately centered on smoking weed, alcoholism, as well as engaging in sexual promiscuity.

Over a long period of time , Daniel Duncan-Williams is always posting statements, pictures as well as videos on social media that go contrary to the teachings of Christianity which his dad preaches about.

In one of such instances that would hurt his dad so much, Daniel Duncan-Williams has posted on social media a video of himself in the company of a young lady.

In the video, its obvious the two of them are in washroom with Daniel Duncan-Williams sitting on the water closet as the girl teases him with a lustful dance.

For a short moment, Daniel Duncan-Williams tries to grab the butts of the lady whose face is not shown in the video. Considering the mannerisms of the two lovebirds ,it is obvious what may have happened subsequently.

Check out some other posts by Daniel Duncan-Williams: