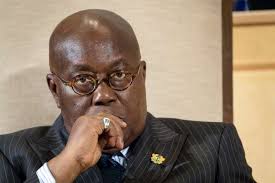 Following the death of Queen Elizabeth II, a Book of Condolence has been made available at the British High Commission in Ghana for people from all walks of life to express how they feel about the death of the Queen.

As expected , President Akufo Addo has visited the British High Commission to express himself with respect to  the death of Queen in the Book of Condolence but his kind gesture seem to have brought shame and disgrace to him and the Presidency.

Obviously , the conduct by President Akufo Addo is a shameful one and creates a dent on the Presidency.  This graceful act by the President was made known and obvious when Ghanaian Politician ,Systems Analyst ,CyberSecurity Consultant and Software Developer brought it to the fore on social media .

This man is a disgrace to Ghana. I feel shy to be a Ghanaian under his Presidency. Shameful. He went to the British High Commission with a prepared condolence message in respect of the Queen’s death which he copiously copied in full view of the Embassy staff.

The late Queen Elizabeth kicked the bucket on Thursday  September 8,2022 and she was 96. Her eldest son ,King Charles III assumes control over the Buckingham Palace .

READ ALSO:  Shatta Wale Reveals What He Hates About His Son,Majesty

Details about her burial and other activities are yet to be announced .