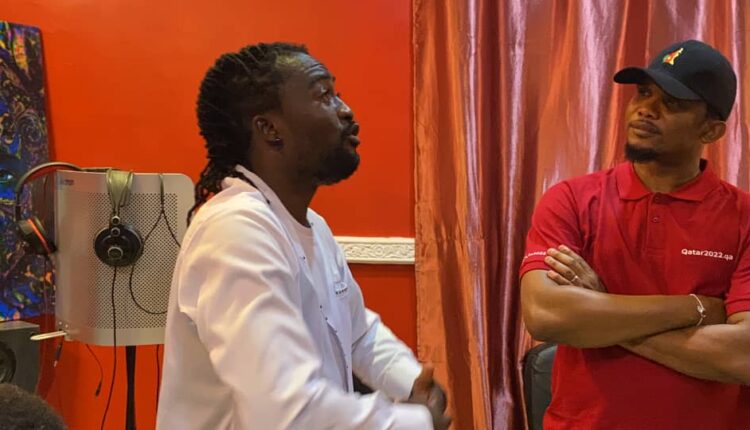 In as much as several songs have been released by artistes to support the Black Stars in their quest to conquer the rest of the world at the World Cup, it must be noted that a song that is full of morale and pleasant to the ears is what is needed .

In this perspective, the only song that comes to mind is the song released by Ghana’s number one traditional artiste, Klala ,in support of the Black Stars. The song is titled ‘We are Ghana’.

Note that ,because of this song, former Cameroun international player and current head of the Cameroun Football Association, Samuel Etoo paid a courtesy call on Klala in his humble abode when he visited the country some months.

As the days draw closer, each and every Ghanaian who wishes to see the Black Stars perform creditably well at the World Cup, must download the song and play it continuously to ginger the players into victory in all their matches.

One interesting thing about Klala’s song is the fact that he has shot different music videos for the song for each media house in the country.

What this means is that during the World Cup, anytime a particular media house airs the ‘We are Ghana’ music video by Klala, it would feature personalities from that media house .

Undoubtedly , this is the first time in history to see all major TV stations in the country come on board to lend support to a Ghanaian artiste, Klala, for his Black Stars song with respect to Qatar 2022.

Remember , Klala’s ‘We are Ghana’ is the best song ever released to support the Black Stars .