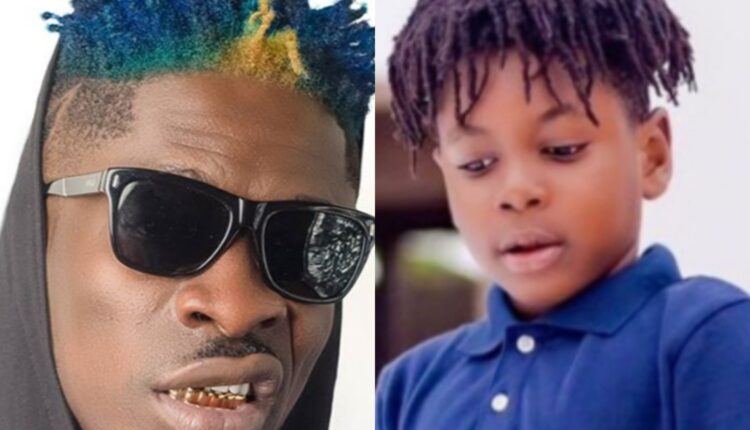 Ghanaian Dancehall supremo, Shatta Wale has revealed that even though he loves his son ,Majesty , so much , there is one thing he hates about him.

Speaking to Andy Dosty on Hitz 103.9fm in an exclusive interview, Shatta Wale explained he loves Majesty so much because when Shatta Michy was with him, he (Shatta Wale) was around her for the entire 9 months before he was born.

He noted that he visited the hospital together with Shatta Michy throughout the 9 months and was even by the side of Shatta Michy when she gave birth to Majesty.

The multi award-winning and controversial Dancehall artiste however stated that he hates the hairstyle of Majesty ; emphasizing that he was not  the one who got him that hairstyle.

Shatta Wale further intimated that Majesty has that part of him that is able to differentiate between good and bad and hopes with time, he would take the right decisions.