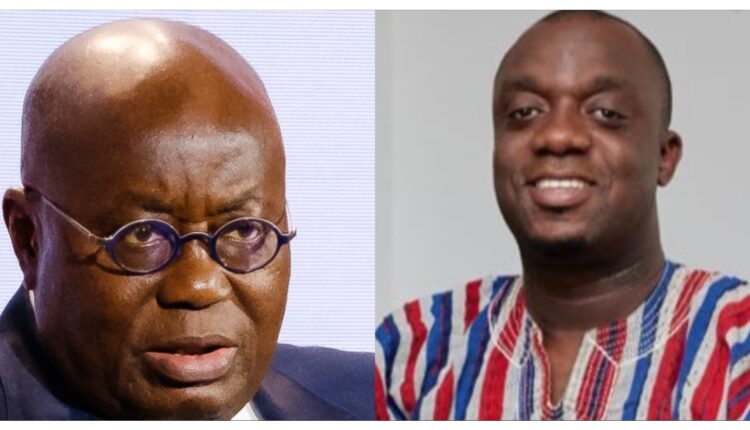 The Newly-elected General Secretary of the New Patriotic Party(NPP), Justin Frimpong Koduah has made a stunning revelation about the President of Ghana, Akufo Addo .

Speaking to Evans Mensah in an exclusive interview on PM Express on Joy News, he has indicated that it was the President who encouraged to read Law and become a legal practitioner.

Justin Frimpong Koduah indicated that President Akufo Addo once engaged him in a conversation and asked him what his next step in life was .

He revealed that he told the President that he wanted to do Politics as a full-time career. According to him , the President advised him to read Law as that could serve as a back up career.

Justin Frimpong Koduah further that intimated that in 2010 , it was President Akufo Addo who paid his fees for his first term at Kwame Nkrumah University of Science & Technology where he read Law.

Justin Frimpong Koduah, who is the Chief Executive Officer of Youth Employment Authority got 2,837 votes to beat Boadu who had 2,524 votes.