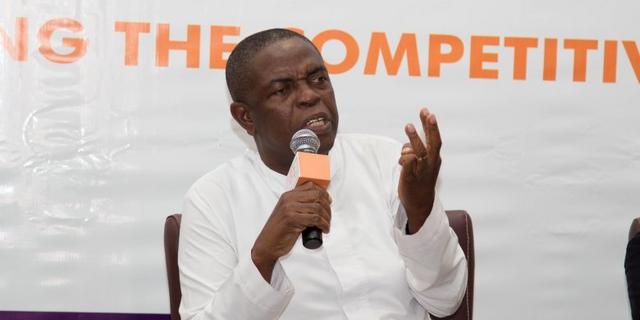 At a time when many people are sending their words of condolence to the family of Queen Elizabeth II in view of her demise , Ghanaian Journalist and editor of the New Crusading Guide, Kwesi Pratt Jnr has a different agenda.

All over the world , Presidents as well as the ordinary man are taking to social media to sympathize with the family of the Late Queen Elizabeth II over their loss but as focused as he may be ,Kwesi Pratt Jnr has boldly revealed a fact that many people do not have any idea about .

The seasoned journalist has taken to social media to reveal a fact which seems to put the late Queen Elizabeth in a very bad light.

Even though Ghanaian tradition demands  that a negative word or utterance is not expected to be said about a dead person ,  Kwesi Pratt Jnr., has stated the late Queen Elizabeth owns the largest diamond in the world .

He further revealed that the 530-carat gem which is called ‘The Great Star of Africa’ was mined in South Africa in the year 1905 which was later stolen from South Africa.

If Kwesi Pratt’s statement is anything to go by , then it means that the Late Queen Elizabeth has all these years had in her possession diamond which was stolen from South Africa.

If that should be the case, is Kwesi Pratt trying to indicate that the late Queen is a thief or owns very valuable diamond which is not really hers. He notes that the diamond is worth $400 million.

The late Queen Elizabeth kicked the bucket on Thursday  September 8,2022 and she was 96. Her eldest son ,King Charles III assumes control over the Buckingham Palace .

Details about her burial and other activities are yet to be announced .