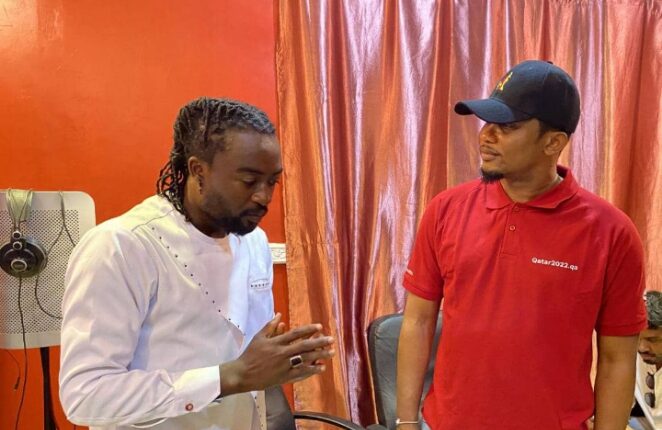 It’s a football season and in about two months time, the world’s biggest football tournament, the World Cup would come alive in Qatar.

The World Cup dubbed Qatar 2022 will see the Black Stars of Ghana coming face to face with some nations very great in football for honours.

It is an undeniable fact that for every country’s success at the World Cup, the element of support is very paramount.

As part of the element of support for each country, the relevance of music cannot be undermined.

Just to ensure that Ghana Black Stars get into the right morale and mindset, so many Ghanaian musicians would be releasing songs to support the team in their quest to conquer the World.

However,one artiste whose song seems to be the headliner and the most sought-after is the cheer song from the camp of Klala.

Klala is a household name so far as music in Ghana is concerned and the award-winning Ghanaian Traditional artiste is bent on contributing his quota to the success story of the Black Stars at Qatar 2022.

His song for the Black Stars is titled ‘We are Ghana ‘ and considering when the song was released, it must be emphasized that the song is doing so well.

The song is enjoying massive airplay all over the country and many media houses in and out of the country are chasing Klala for interviews.

Impressively,former Cameroun football Legend and Head of the football association of Cameroun , Samuel Etoo was in the country and due to the waves ‘We are Ghana’ is making all over the world, he paid a courtesy call on Klala in his humble abode and recording studio at Teshie.

Samuel Etoo in the company of other dignitaries took time to listen carefully to ‘We are Ghana ‘ by Klala and was impressed.

Klala, Chief Supporter of The Black Stars and Man of the Moment At Qatar 2022