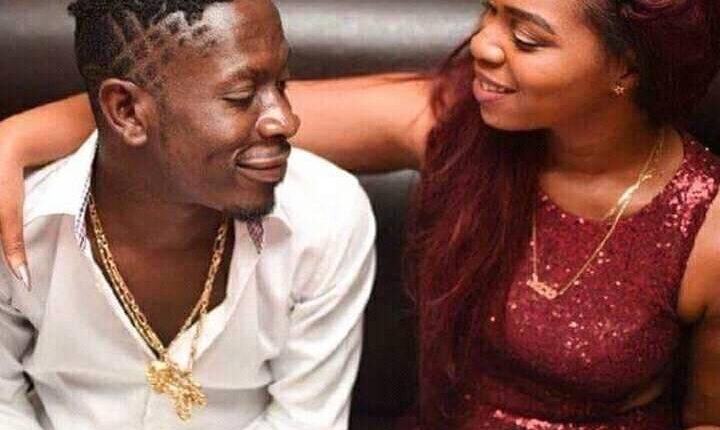 Ex-girlfiend of Shatta Wale , Shatta Michy has agreed to feature on a song by the Dancehall artiste ,with who she has a kid .

In agreeing to feature on a song by Shatta Wale , Shatta Michy spelt out some conditions which needed to be met first of all before the feature would materialise.

According to her , Shatta Wale would have to pay her 150,000 Dollars adding that her choice of Dollars as compared to the Ghanaian Cedi is due to the high rate of the dollar as that is good for business.

Shatta Michy made these known in an exclusive interview with Nana Romeo on Accra 100.5 fm.

Shatta Michy also indicated that if with ‘Low Tempo’ , she and Shatta Wale were able to get millions of views on Youtube even though she did not put much efforts into the song, she is sure a new collaboration would do much better as she now knows the rudiments of the music business .

Teasingly , she stated that Shatta Wale would run to Andy Dosty crying after paying her the 150,000 Dollars for the feature and confirmed the fact that the Radio Presenter is one person that they have special relations with .

Shatta Michy has also noted that she would not record in Shatta Wale’s studio and would rather prefer a public studio .

Explaining her choice of recording studio, he stated that she cannot afford to record in Shatta Wale’s studio and end up being chopped by the Dancehall musician.

Refering to herself as ‘beef’ , she reiterated that she cannot offer herself to the lion in the lion’s den; refering to Shatta Wale .

READ ALSO:  Quarme Zaggy To Give His Fans ‘A Taste Of Love’

Lets just keep our fingers crossed and see if Shatta Wale would stay true to his words and have a new song with Shatta Michy as she has now agreed to do the feature .