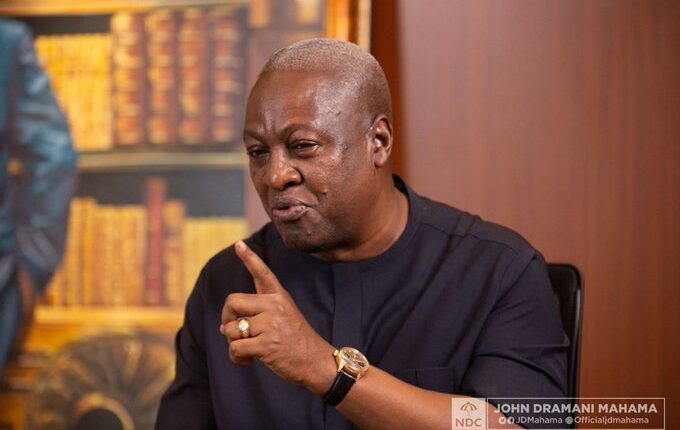 Former President of the Republic of Ghana,  John Mahama has reacted to the story of Kakra ; a young man at Kasoa Galilee who out of depression due to the increasing cost of living and hardship  in the country decided to commit suicide.

Kakra climbed up a high-tension  pole at Kasoa Galilee and ended his life when he got electrocuted even though many witnesses around were discouraging him from going ahead with his inhumane motive.

He didn’t pay heed to the advice to get down from the high tension pole but went ahead with his intentions.

According to Former President John Mahama , he only got  wind of the sad and unfortunate incident when he returned to the country from a trip abroad .

He noted that the levels of hardship Ghana is currrently experiencing  are dire and that it is the worst in three decades now .

Former President John Mahama however noted that in the case of Kakra, suicide is never an answer and also advised Ghanaians to be each other’s keeper .

I returned from a trip to the sad news of Kakra who electrocuted himself. Levels of hardship in Ghana are dire; worst in 3 decades. But suicide is never an answer. Even inthe darkest night there’ll come dawn. The sun will rise again. Let’s be each other’s keeper & keep hope alive

About a week ago, Ghanaians were met by the sad news of Kakra who couldn’t stand the hardship and the rising cost of living and as a result , subjected himself to the highest level of cruelty when he committed suicide  by getting himself electrocuted on a high tension pole in Kasoa.

It must be noted the cost of living in the country has increased and many people are finding it extremely difficult to make ends meet. The cost of goods and services have increased tremendously.