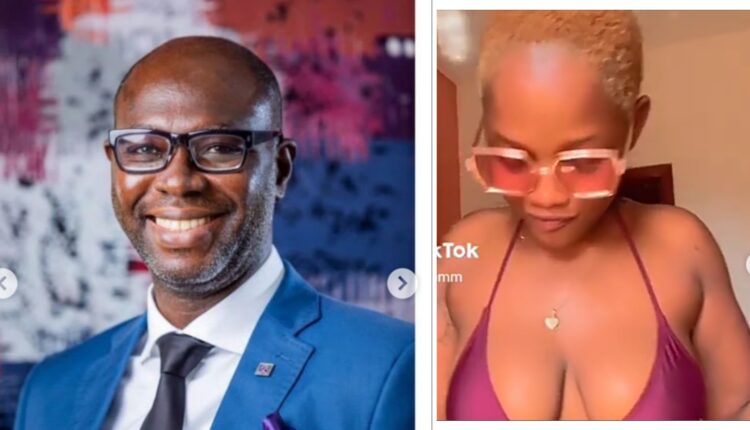 A lady, Deborah Seyram Adablah, has sued First Atlantic Bank and her former boss at the bank at the Accra High Court for compelling her to enter into a sexual relationship that spanned many months. She claimed although the relationship of a sexual nature persisted for many months, Ernest Nimako failed to honour the terms of their relationship. The lady is suing the man for failed promises/assurances.

In the writ sighted by megashowbiz.com, Adablah alleges that during her National Service days at First Atlantic Bank, her boss, Ernest Kwasi Nimako, made many sexual advances at her which she eventually gave into.

She stated further that she subsequently entered into a “Parlor relationship” with Nimako against her will.

According to Deborah Adablah, when she started working at the Ridge West office of First Atlantic Bank, she observed persistent sexual harassment by senior male officers against female workers of the bank .

Deborah also said almost all the male senior officers have a girlfriend at the bank and they change the ladies at their will to the knowledge of the managers of the bank .

Deborah blamed the bank for looking on while these happened and deliberately failed to take measures to end them.

It is Deborah Adablah’s case that the bank, as her employer, owed her a duty of care which failed her. She said the bank also deliberately pushed her to reach out to male customers to bait them with sex in exchange for opening accounts with the bank.

Check out a snippet of the law suit:

1. Lump sum working capital to start business.
2. Pay for her accommodation/ rent for 3 years
3. Buy her a car
4. Pay her GHc 3,000.00 a month.
5. Buy the plaintiff a ring.
6. Pay her medical and other bills, including paying for her to undergo a family planning treatment so that she will not give birth in the short term.
7. To marry Plaintiff after divorcing his wife in the course of their parlor relationship since 1st Defendant’s relationship with his wife was challenged, with irreconcilable differences, and the marriage had broken down beyond repairs and / or reconciliation.
8. Generally, to take care of the plaintiff.

15. Plaintiff avers that on the strength of these representations; when her colleagues were engaged on Contract, she did not even apply to take up the Contract appointment and exited upon the end of her National Service in July 2021. Plaintiff also agreed to engage in the Parlor relationship with the 1st defendant pending marriage.

READ ALSO:  Getting Your Man Excited All The Time And Staying Faithful  To You
First Atlantic Bank
0 81
Share FacebookTwitterGoogle+ReddItWhatsAppPinterestEmail