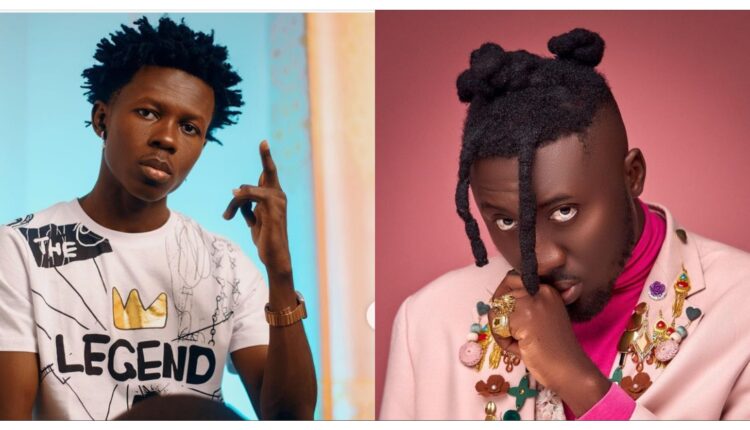 Ghanaian rapper, Strongman is of the conviction he is really a great musician on the Ghanaian music scene and he has taken to social media to make that assertion .

According to him, some other musicians continue to deceive themselves with dishonest assertions but regardless of that , he is truly great as compared to them.

Check out exactly what Strongman said ;

They continue to tickle themselves with duplicitous assertions but there is never a doubt that apropos of rap the ultimate regard for
@strongmanburner as a nonpareil is held sacrosanct. In their hearts they know who is truly great n he is the Buokrom Boy!

This post on social media comes in the wake of a post by his fellow Ghanaian rapper, Amerado who noted his fans on social media of a new song he would be releasing at 6pm on January 6,2023.

According to Amerado, the new song is titled ‘A Red Letter To Strongman’ .

As at now , all music lovers need to wait for the song and find out if it’s a diss song or not .

Regardless of whether it would be a diss song or not , one certain that is clear is the fact that Amerado will definitely prove the point that so far as rap music is concerned , he is a force to reckon with in Ghana.

READ ALSO:  Video: Osofo Kyiriabosom Described As A Witch Doctor Operating A Shrine And Not A Church
ameradostrongman
0 64
Share FacebookTwitterGoogle+ReddItWhatsAppPinterestEmail