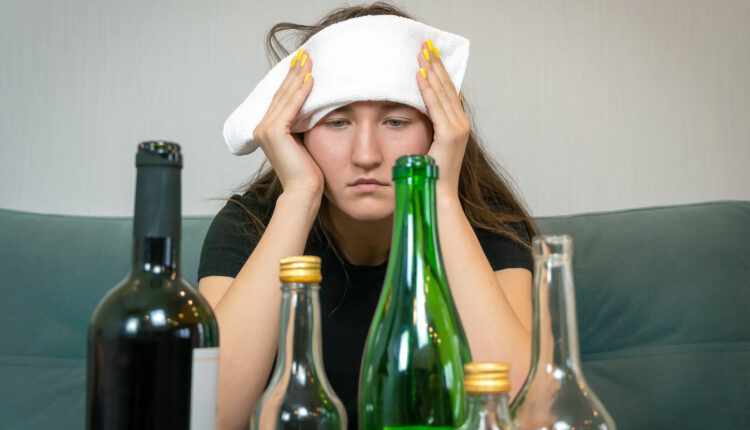 There is this school of thought that holds the belief that alcohol is needed by the body.Based on this belief,some people take to the drinking of alcohol.

Even though consume alcohol in very small quantity and not regularly, there are others who constantly abuse alcohol; they constantly drink so much alcohol and on regular basis.

Regardless of the amount of alcohol that is consumed, it must be noted that it has an effect on the body;

Reaction On The Skin

The drinking of alcohol has an adverse reaction on the human skin. Drinking alcohol can affect the appearance of one’s skin especially as it reduces the production of vasopressin in one’s body. One’s skin could begin to look a little dull.

Drinking alcohol boosts the production of  galanin – a neurotransmitter that can increase your appetite for not-so-healthy foods, particularly those containing a lot of fat. This promotes weight gain which can also reflect into the condition known as diabetes.

When one drinks alcohol in large quantities, it has an effect on the ability of the person to think very well. Drinking too much alcohol slows one down and one’s thinking become less clear. One could also become very forgetful due to the intake of alcohol. One could also make bad decisions under the influence of alcohol.

One thing that many people fail to realize is that they can present a very serious danger to others as a result of their drinking. Drinking alcohol in large quantities can lead one to stumble or fall down, have poor judgment and even lead one to act abnormally against others. Driving under the influence of alcohol could lead to accidents which could claim someone’s life .

Its impossible for one to survive with a damaged liver .At all times, one needs to protect the liver and guard it against any lifestyle that could adversely affect the liver.

Drinking alcohol puts stress on the liver by causing it to work extra hard clearing out the toxins you have introduced by drinking.

While the liver does a wonderful job of neutralizing toxins in the body, all that extra work often results in a condition that is most commonly known has a hangover.

The cerebellum is the part of the brain that is responsible for keeping you upright. It enables us to stand up, walk, play video games, throw a Frisbee and just about anything else that involves movement and coordination.

As you might suspect, when the cerebellum gets a bit pickled from too much drinking, things such as stumbling, wobbling and falling down, are a lot more likely.