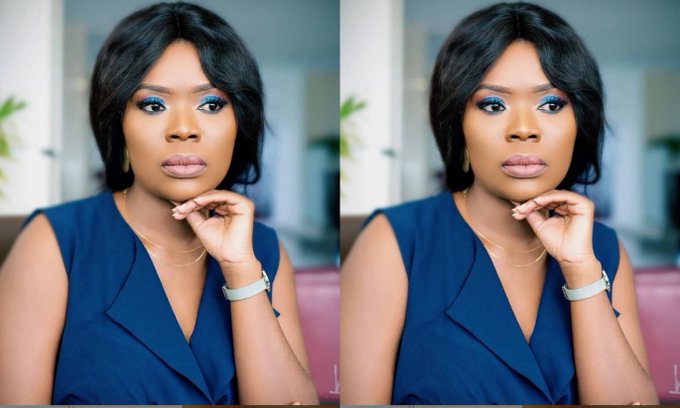 Ghana’s media icon, Deloris Frimpong-Manso seems to be considering the possibility of becoming President of Ghana.

The beautiful and hardworking Delay who is suspected to be in a relationship with rapper, Amerado, took to social media asking her fans if they would vote for her as President of Ghana.

It is interesting to note that Delay is not noted to be too involved in the politics of Ghana but in the future ,if she decides to pursue becoming the President of Ghana, she would stand a good chance of succeeding especially as she has not dented her image on the entertainment scene.

The name ‘Delay’ is synonymous to hardwork, beauty, entrepreneurial spirit and drive and the need to succeed.

She took to twitter to ask her fans; Will you vote for me to become the President in future??

Its interesting to note that whereas some people love her and would vote for her , some others are not so convinced if Delay has the capability to lead Ghana as its President.

Some others had to point fingers at Amerado even though under normal circumstances, his name and person isn’t relevant so far as Delay’s presidential ambition is concerned .