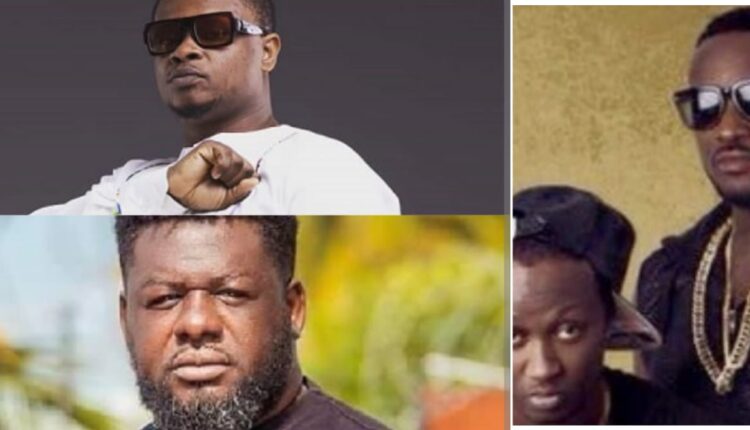 Video : Bulldog Issues W@rning To Appietus; ‘You Will Pay For Every Dollar You Collected Off My Investments And You Will Pay With Interest’

According to Bulldog, Appietus would have to pay for every dollar he collected off his investments and would also have to pay with interest.

Bulldog noted that for almost 10 years now, Appietus has been selling songs of 5Five and has been enjoying royalties from the songs.

Obviously angry and not in a good mood, Bulldog does not understand why Appietus would be enjoying royalties from the songs from 5Five; a group he produced and promoted under Bullhaus Entertainment. Based on the post by Bulldog, Appietus has uploaded the songs of 5Five on digital platforms globally without his permission .

Appietus Appiah Dankwah
YOU WILL PAY FOR EVERY DOLLAR YOU COLLECTED OFF MY INVESTMENTS AND YOU WILL PAY WITH INTEREST.
You have been feeding your family and yourself with our investments for almost 10 years by selling 5Five songs — executive produced and promoted by Bullhaus Entertainment on digital platforms globally without our permission.
GET READY – TIME TO PAY UP.

Afia Schwarzenegger Reveals The Man Who Took A Bullet For Her