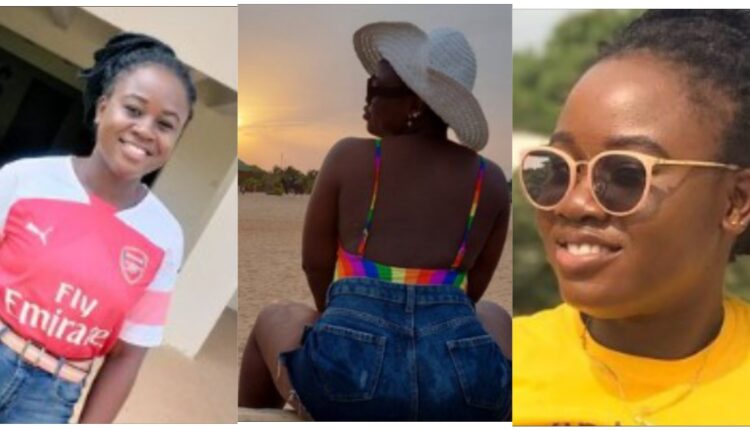 Another beautiful lady known as Josephine Newton a.k.a Akua Addobea has also taken to social media to narrate her story which is quite similar to the story of Ernest Nimako of First Atlantic Bank and his former side chick  Deborah Seyram Adablah.

Check Out Her Full Story :

In 2021, I called off a relationship with Mr. A who worked at a bank (won’t disclose for now).It was a nasty break up . Things were said. But one evening he threatened to leak my nudes. I didn’t think that he had them, because I have never sent him any.

But I realised that I’ve been in situations where it would be possible for him to take nude pictures of me without my consent. I wanted to ignore it, but he continued threatening to leak them and I was quite scared.

I reached out to a police friend of mine and he advised that I report the case to CID. He also advised that I send an email to his head office to inform them about the threats.

I didn’t do the latter because I had to go to work that morning, but I sent the email to his company HR.(SCRENSHOT)

Later that evening, he came to where I live, and asked why I had sent an email. He pushed pushed me, called me a bitter ex, said I wanted to destroy his career etc.I kept my cool until he left.

Two days later I was robbed by the road side on my way to work .Funny thing is, only my phone that had the chats was taken. Dismissed it as a coincidence because I didn’t think he’d really do that. I had panic attacks, I had to change my work route. I moved on with my life.